THE FUNDAMENTALS OF HYLOZOICS IN 49 POINTS 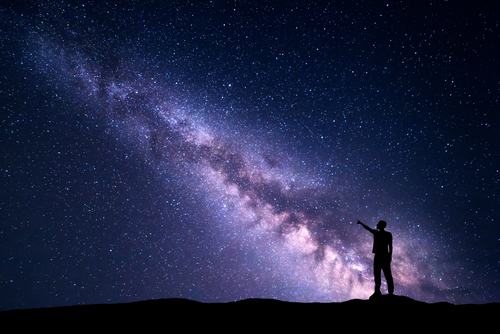 "A Working Hypothesis of an Esoteric Tradition"

1. Inasmuch as there is only one reality, there can only be one knowledge, only one world view common to all. On the other hand, many life views are possible, due to different needs and orientations, individual characters and levels. But these life views must all rest on the common basis of knowledge supplied by the facts of esoterics.

2. At the present stage of the development of mankind, the hylozoic world view cannot be more than a working hypothesis. The further mankind develops, however, the more evident will it become that this hypothesis is incomparably superior to the hypothesis systems of ignorance in science, philosophy, theology, and occultism.

4. These are the objective, the subjective, and the dynamic aspects of reality. Together they combine indissolubly, but without conversion or confusion, in the hylozoic synthesis.

5.The three aspects of reality must be immediately self-evident to even the simplest intellect and not be possible to explain from anything else.

6. The original basis of everything is primordial matter. It has no limit in time and space, is beyond time and space, is absolutely dense, absolutely elastic, eternally unconscious, contains all the known and unknown qualities of life, including consciousness in a potential state, and has a dynamic (self-active) energy called dynamis.

7. The action of dynamis in primordial matter produces primordial atoms. These are the least possible parts of matter, are simple, uncompounded, and therefore indestructible.

9. These 49 atomic kinds build the globe that is called the cosmos.

10. The 49 kinds of atomic matter making up the cosmos are different from each other in their composition of primordial atoms. This entails that each atomic world has its own dimension, duration (lapse of time), consciousness, and motion (energy). It also entails that the perception of space and time is different in the different worlds.

11. In the seven lowest cosmic worlds, 43–49, there is a further composition of their atomic kinds to form molecular matter of 42 kinds. Out of this molecular matter the countless solar systems are formed.

13. Involution and evolution are two processes that condition one another. Together they make up the great process of manifestation.

14. Through the great process of manifestation a cosmos is formed, is maintained, realizes its purpose, and is finally dismantled.

16. When through involution the primordial atom has reached “down” to world 49, its consciousness has been actualized so that it can function as an individual.

18. Since the primordial atom is indestructible, this individuality is immortal.

19. The primordial atom retains the memory of everything it has experienced ever since it arose. This memory becomes latent but can be resuscitated through a contact with the corresponding reality.

20. The primordial atom’s fund of collected, latent experience determines its unique manner of apprehending and interacting with its environment. This individual character is indestructible and unique for each primordial atom.

23. Every individual and every collective in the cosmos belongs to some one of the seven fundamental types.

24. Just as higher matter composes, builds and penetrates lower matter, so higher consciousness apprehends and understands all the lower kinds. In contrast, lower consciousness cannot apprehend higher, but this higher appears non-existent to the lower.

25. The primordial atom develops its consciousness in envelopes, in forms made of matter of the respective worlds.

26. The entire cosmos makes up a series of ever more refined forms of life that serve to afford the primordial atomic consciousness, step by step, with the “organs” it needs for its development.

28. The motion aspect includes all events, all process of nature and life, all changes. All is in motion, and all that moves is matter.

29. There are three specifically different main causes of motion: dynamis, material energy, and will.

33. The transition of manifestation from involution to evolution implies that consciousness gradually becomes self-active.

34. In evolution, consciousness in each new kind of matter (atomic and molecular kind) is just passive to begin with, that is, active only under external influence. Subsequently it becomes self-active and as such at first subjective, that is, incompletely determined by objective reality. Finally it becomes self-conscious and objective in this matter: “I am seeing this”.

35. In the three lowest natural kingdoms of evolution, the activation of consciousness is an unconscious and automatic process, which in the human kingdom eventually becomes conscious. In higher kingdoms, it is the result of self-initiated consciousness activity.

36. The consciousness evolution of the primordial atom (monad) is done in a series of ever higher natural kingdoms, six within the solar system and six in the cosmic worlds.

40. All material forms are subject to the law of transformation. They are formed, change, dissolve whereupon new forms take the place of the old ones. The primordial atoms making up these material compositions in so doing have opportunities to constantly have new experiences in new forms.

41. When their form is renewed, all organisms (plants, animals, men) get a form of life similar to the previous form, until their consciousness development requires a specifically different, higher form.

42. A return from a higher to a lower natural kingdom is impossible.

43. There are laws in everything and everything is expressive of law (the fundamental axiom of Hylozoics).

44. Where mankind is concerned, the seven most important laws of life are:

45. The law of freedom: every monad is its own freedom and its own law within the bounds set by the equal right of all.

The law of unity: all monads make up a unity. To attain to superindividual                 consciousness expansion every monad must realize this unity.

The law of development: all monads develop their consciousness.

The law of self-realization: every monad must by itself acquire all the qualities           and  abilities necessary to final omniscience and omnipotence.

The law of reaping: everything good and evil we have occasioned in thoughts,           feelings, words, and deeds is returned to us with the same effect.

The law of activation: individual development is possible only through self-initiated     consciousness activity.

46. The Law is the summation of all laws of nature and laws of life. All monads are subject to the Law. Omnipotence is possible only through absolutely faultless application of the laws in their entirety.

47. Evil is all mistakes as to the Law, particularly hatred in all its countless shapes. Everything evil that the individual meets with is his own work.

48. It is the task of the life view to discover and describe the laws of life and to indicate methods of their application.