Since time immemorial mankind’s most perplexing esoteric questions have centered around Whence? How? Whither? (Where did we come from? How did we get here? Where are we going?) Truth seekers and freethinkers have pondered these three elusive questions since the beginning of recorded history (and perhaps much longer).

The majority, however, have looked to religion, philosophy, or science for answers to such questions and by now, most have accepted the explanations provided by one or other of these three dominant domains of generally accepted reality.

Therefore, this website has been created to provide a means for these few remaining seekers to venture beyond the limits of religion, philosophy and science and explore the explanation of reality offered by the little known fourth domain (Pythagorean Hylozoics), so please read on!

SCIENCE (Limits of the First Domain)

The domain of science only concerns itself with the exploration and understanding of the external world (objective reality) and the laws that have been found to govern it.

Mathematics, chemistry, biology, and physics are the primary tools of inquiry for science, while its methods of discovery are observation, research and experimentation.

PHILOSOPHY (Limits Of the Second Domain)

Unlike science, the domain of philosophy is devoted to the systematic examination of ontology, epistemology, and ethics as well as other profoundly complex questions that for centuries have confounded the minds of men.

Philosophy, however, is a subjective enterprise using logic and reason (intellectualism) as its primary tools of inquiry. As a result, philosophy can provide no objective evidence (or proof) that its subjective theories (or speculations) comport with reality.

Philosophy is the offspring of finite human minds and makes no claim of omniscience. Therefore, its speculative offerings are seldom satisfying to the ever probing mind of the true seeker.

Thus, most seekers of truth would concede that the subjective constructs of philosophical speculations (as well as the objective discoveries of science) could be viewed as small bits of a larger and more complex reality; much like each additional piece of a 1000 piece puzzle will progressively unveil more and more of what the completed image will ultimately reveal.

RELIGION (Limits of the Third Domain) 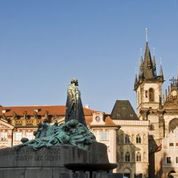 These priciples are intended to guide human beings through a “path of righteousness" toward an eternal spiritual redemption in a realm far beyond the reach of both science and philosophy.

Consequently, it would appear that religion, philosophy, and science are three entirely separate domains of knowledge, having little in common, and in fact, espousing separate and often competing explanations of reality.

ESOTERIC (Limits of the Fourth Domain)

Esoteric simply means hidden or only intended for those with special knowledge. It is a general term that is usually applied to a bewildering array of metaphysical oriented fields of study.

While similar in theme, each specific subject is usually associated with its unique ideology. As an example, Rosicrucianism, and Theosophy are referred to as “esoteric” yet differ widely in their orientation and focus.

Because of these differences, it is necessary for esoteric subjects to be specifically defined in accordance with their unique ideology as in the above two examples.

Therefore, the “Fourth Domain” as referred to in this website specifically refers to the esoteric ideology that applies to “Pythagorean Hylozoics” as outlined in the writings of Henry T. Laurency.

"The philosophical point of view that all matter (including the universe as a whole) is in some sense alive."

﻿The problem with dictionary definitions is that the more complex and expansive the subject being defined, the more its meaning is apt to be inadequate, distorted or simplistic.

Hylozoism is an example of this. No coherent meaning can be derived from this common dictionary definition and it bears little resemblance to Pythagorean Hylozoics (or what might be called esoteric hylozoics). Let me see if I can give you an example of what I mean... 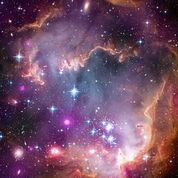 The simplest esoteric definition of Pythagorean Hylozoics is that it is the knowledge of reality, or sometimes referred to as THE LAW…

"This means the sum of all laws from the smallest atom to the entire universe and beyond; the constant relationships of matter, motion, and consciousness, expressive of the nature of primordial matter and of omnipotent, inexhaustible, eternally dynamic primordial force acting in its blind way in the imperturbable and inevitable constant relationships of nature and life.

Of this LAW, science has not yet explored more than an infinitesimal fraction. There are esoteric laws in everything and everything is expressive of law. No GOD is above THE LAW (an esoteric axiom). Therefore, omniscience is possible only through absolute faultless application of all esoteric laws in their entirety everywhere in the cosmos." (From the Esoteric Dictionary by Henry T. Laurency)

In addition, Laurency describes the seven most important laws of life for human kind. These laws of life (in contradistinction to the laws of nature) refer to mankind’s attitude to life, its meaning, goal, and view of mankind and man’s ways. These seven laws of life are listed below.

These laws are described in greater detail in the article “Esoteric Teachings” in the left-hand column under articles.

Now you may see why Pythagorean Hylozoics cannot be easily explained. Each individual has a different capacity to understand the abstruse nature of this immense Fourth Domain (at least in this lifetime), nor is everyone ready, willing or able (or would even want) to take on the profound mysteries of the Fourth Domain.

It is not the purpose of this website to explain, defend, or justify the explanations of reality expounded in the Fourth Domain, but rather to excite the minds of all true seekers and freethinkers who are drawn to these explanations and the potential they offer to explore the limits of our individual understanding of life, humanity, Earth, solar system, galaxy and cosmos.

This Esoteric Minicourse  is comprised of 58 questions taken from the book ”The Knowledge of Reality” by Henry T Laurency. After having completed the short course, we invite you to proceed to the website of Henry T Laurency where you will find books and articles dedicated to the advanced understanding of Pythagorean Hylozoics.