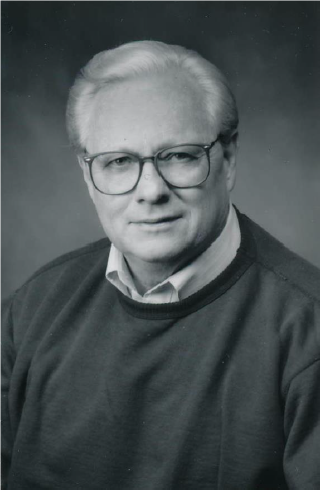 Jim Riddell was the founder and creator of the EsotericLaw.com website. He died on April 10, 2020. A group of his former students is now maintaining the EsotericLaw website, and we are honored to help his creation continue its work in both introducing and discussing the Esoteric truths.

Jim was a seeker, alongside an active life involving two marriages, two children, and a successful career in sales and marketing. He was also an accredited counselor, in the last 30 years or so of his 87 years, and helped many clients with anger management, among other things. He was a self-taught astrologer and could explain his findings so clearly that even doubters could see some validity. When introduced to the Alice A. Bailey books, he recognized them for the high quality information that they are, and spent many years studying the teachings. He encountered Henry T. Laurency’s writings in the 1990’s, and also recognized them as descriptions of Reality, introducing many others to them. It was his hope that the EsotericLaw website would be the avenue for many to find the esoteric teachings. It is an impressive legacy, especially considering that he created it himself in his 80’s.

For more than 20 years before his death, he led esoteric discussion groups. His style was direct and probing, we all had to learn to defend our conclusions. It was stimulating to be around such a clear and powerful thinker, and we learned so much. We are all grateful for our time with him. He was unafraid of dying, as is appropriate for someone who understands the immortality of the true Self. He was an example for us to the end; he never wavered in his trust in what he had concluded must be true. Now he again explores new domains, and it is likely that he will be our teacher again when we join him on the other side of the veil that separates us for now. Thanks again, Jim!